Isn't it better is .WED dies?

I wanted to name this post "Can .WED revive .WEDDING?" but actually, the .WEDDING new gTLD does not need to be revived since it is doing fine: its progression curve in terms of domain names created is positive until beginning of december 2017.

Can WEB revive .WED?
I previously wrote an article entitled "Can WEB revive .WED?", wondering if the future activation of the .WEB new gTLD (which seems far from being activated apparently) would fear enough owners of a domain name ending in ".web" to register the same in ".wed". 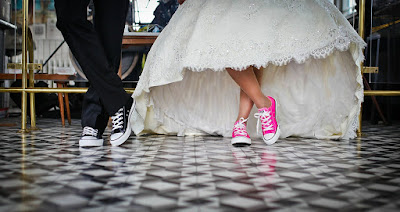 It seems that nothing of this will happen since the .WED new gTLD was just placed in the Emergency Back-End Registry Operator (EBERO) Program by the ICANN. This program allows existing Registrants to keep their ".wed" domain name activated until...something happens.

Twins are a problem
If many already wrote about the .WED new gTLD and its 35 registered domain names, my tortured mind think that it might be a positive thing if this TLD just stopped. The reason for this is that it is on the list of similar new gTLDs (also called "confusing TLDs").

Do users need .WED and .WEDDING domain names? I don't think that they do since it becomes very confusing with all these similar domain name extensions. It is also risky and increases the risk of squatting: would a young couple to have published its wedding photos on a ".wed" website want a squatter to publish crap on the similar (second level) domain ending in ".wedding"?

Similar domain name extensions like .EMAIL and .MAIL (to be activated?) are a problem to the future and let's remind that there's no mechanism - yet- from blocking this to happen in the next round of the ICANN new gTLD program...or is there one planned?
Posted by Jovenet Consulting at 1:05 PM