Few Real Estate related domain name extensions are reaching out to the 10,000+ domain name registrations in 2017 but eight of them and three have more than 40,000 domains registered: 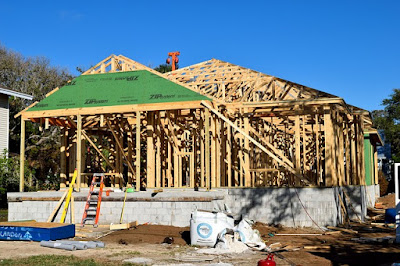 Sticking to the red
Some TLDs are NOT doing good and by writing this, I mean that they lost registrations from January to December, when the opposite should happen. Note that this does not mean that they are "dead TLDs", it means to me that operators of some of these registries just "stopped the crap" and ceased using fake methods to show that their domains are being adopted. Another reason can be that...registrants are just not renewing for other reasons and some of them could be:

Sticking to the "ultra red"
Some top-Level domains lost more than 50% of their initial registrations from January to December: .CASA - .RENT and .ARCHI

Awaited
One highly expected domain name extension has been in stand-by for...years. The registry agreement for the .REALESTATE new gTLD was signed in September 2015 but the website of the future operator only says: "it is anticipated that it will launch in the first quarter of 2018". There were four applicants for this extension.