An application for a .IDN new gTLD was submitted to the ICANN in the first round of the ICANN new gTLD program. It appears that this Indian company, named Nameshop, had the ICANN applicant support to result with a "did not meet all criteria" so it can't be delegated. It then requested the ICANN to change its string to .INTERNET to allow the creation of domain names ending in ".internet" (instead of ".com" for example).

What the application says
The application says that "the purpose of the proposed gTLD is to offer a bridge for the Internationalized Domain Name Registrant to connect to users beyond their own language communities. This gTLD would be of help in furthering the Internet Communityʹs efforts to preserve the Internet as a unified, Global space". Right.

Changing a TLD to another?
I personally do not understand how domain names ending in ".idn" will help offering a bridge for the Internationalized Domain Name Registrants to connect to users beyond their own language communities, but as long as the string does not belong to the strings ineligible for delegation (2.2.1.2.3 of the Applicant Guidebook (AGB)) or the list of reserved names (2.2.1.2.1 of the AGB) ...why not. Unfortunately, "IDN" is an alpha-3 code listed in the ISO 3166-1 standard and the AGB says that applications for strings that are country or territory names will not be approved if a string sis considered to be a country or territory name (2.2.1.4.1 of the AGB): "IDN" stands for Indonesia. 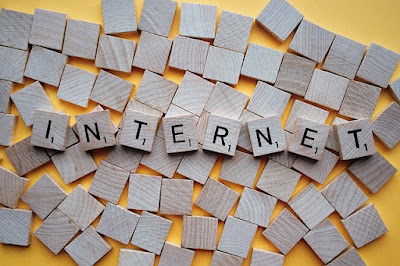 For me the story ends here with this application because another applicants applied for an alpha 3 code string in the first round of the ICANN new gTLD program and I don't remember that he was offered the opportunity to discus changing his string to another. I also read the applicant guidebook many times and did not find anything about the possibility to modify a string. To me this demonstrates one thing: ICANN is flexible.

Is the .INTERNET new gTLD coming?
I personally doubt it but Nameshop asked the ICANN for a meeting (PDF download) to discuss this in the next ICANN meeting in Barcelona this coming week: "to request that the GDD and ICANN Leadership continue to actively consider delegation of .INTERNET and keep in mind the usefulness and value of .INTERNET -- operated in tune with Nameshop’s Public Interest Commitments".

The ICANN Vice President of gTLD Operations seem to have confirmed this meeting (PDF download) to discuss this application.

Do you imagine domain names ending in ".internet" offered to the general public?
Posted by Jovenet Consulting at 2:00 PM