We often mention branding when referring to new gTLDs but since these also strongly refer to an identity (when comparing to ".com"), they can have a strong impact on the visibility of a specific community on Internet; no matter if some communities are sometimes not accepted, neither...liked, nor considered by their opponents.

What a new gTLD community really is
Whatever the type of application that was submitted to the ICANN (generic, community or geographic), some new gTLDs represent communities of a specific area or geographical zone but according to the definition one has of a community, such new gTLDs can become efficient communication tools for a community to expand and increase its visibility on Internet: 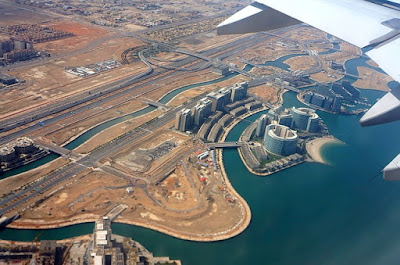 The .PERSIANGULF new gTLD
This application submitted to the ICANN is a generic one, neither a geographic nor a community one: it means that anyone may register a domain name ending in ".persiangulf". The application is on "on-hold" status at the ICANN, it means that there is a problem with it. The applications explains that: "The origins of the ethnic Persians can be traced to the Ancient Iranian peoples..." and there is a long explanation of who the Persians are. It also refers to "Ancient Iranian peoples" and the exact geographical zone represented by the Persian Gulf. As you can imagine, this can be a problem when you disagree on who a geographical zone belongs to in the history of the human kind. Of course, I am absolutely not referring to Palestine.

Some governments do not want the company to have applied to the .PERSIANGULF new gTLD to be the one to operate it, and the reason for this is probably politico-religious rather than economical or a trademark problem. The Persian Gulf community seems to be a political and religious problem to some governments and would this new domain name extension see the day, it would legitimate everything that the application says. It would also open the possibility for this community to multiply its visibility on Internet launching websites ending in ".persiangulf". That is where the real problem is for this application.

A problem with "Persians" maybe?
The Chairman and CEO of the CITRA (Communication and Information Technology Regulatory Authority in The State of Kuwait), who represents a country to have opposed the .PERSIANGULF new gTLD application, recently wrote to the ICANN explaining that, according to him, "this domain name extension is not in the public interest of the internet community". He gives several other reasons such as:
I believe that the reasons given in this letter hide the fear that such a community could develop; it confirms that a new gTLD can be a very strong political or religious asset. The letter ends urging the ICANN to terminate this application.

Conclusion
New gTLDs are one of the most powerful and efficient tool the Internet has produced in the history: it allows to publish a message right into any search engine, without even having to offer the end user to visit a website. Printed on any document, sends a factual information to a reader too.

Some registries (the one to operate a new gTLD) are restricting the access to their domain names to to allow their community only to register them; but history has shown that restricting "just does not work" since volumes are necessary too. Opening a domain name extension "to everyone" is the best way to install it on Internet since it makes it more simple to register a domain name. Restricting a new domain name extension is a strategic mistake in the case of a community who would want to develop unless in very specific areas such as banking and a few others.

Think I am wrong? Then I wonder why more and more Top-Level Domains, Country Code Top Level Domains included are getting rid of their restrictions ;-)
Posted by Jean Guillon at 5:00 PM No comments:

The Trademark Clearinghouse just announced a new Sunrise Period. The new gTLD concerned is a Transliteration of "com" in Hebrew, an IDN. 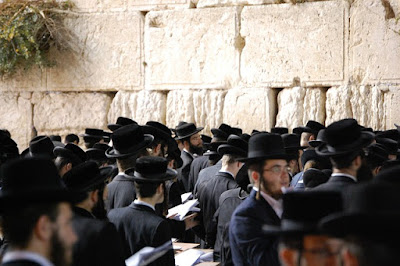 The mission of this new gTLD

More
The application can be downloaded from this page.
The official announcement from the Trademark Clearinghouse is available here.
Posted by Jean Guillon at 3:00 PM No comments: