The 2 of each month is a long day for me because I update new gTLD reports at Jovenet Consulting. These reports are a good monthly indicator on what's going on in the new gTLD industry. It also allows me to note when something is...strange.

Many already offered me to automate this but I like to do this manually so I can "see". 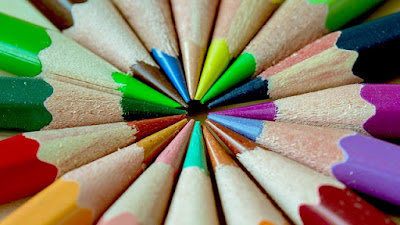 The "Colors" new gTLD report is one I would not tweet the update about but this morning, while updating it I said: "Wow: someone must have said "stop" somewhere here".

If you look at the ".red" domain name registrations' curve, you note that is has a hard time to maintain in 2016 and this evolves even hardly in early 2017. Then registrations drop significantly in a one month period of time (from April to May 2017) and for four TLDs in a row. Something happened.

I don't think that these TLDs, which belong to the same new gTLD applicant, lost domain name registrations because the registrant (the person to have bought the domain names) suddenly said "I am not renewing my domain names".

I think someone said - somewhere - that this strategy, which consists to increase the number of domains on the market for whatever reason, is too expensive and generates...nothing.

So...where was taken the decision to stop such strategy? At the registrant level...or at the registry?
;-)
Posted by Jean Guillon at 11:39 AM No comments: