Some idea about .MUSIC

We're all now waiting for the .MUSIC new gTLD to launch and many predict it will be a success. If I was in the music business, I'd definitely consider changing my domain name to one of these. Of course I'd keep my old domain name but changing to a ".music" one would be my move. 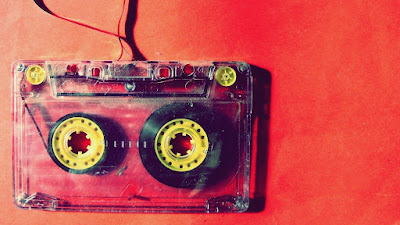 New gTLDs are ten years old now and they are here to stay; the "music" sign is universal, it is not French, but it is know from all ;-) so chances are high that such a domain name extension meets with adoption.

I don't follow many people on Twitter, but I follow .MUSIC founder Constantine Roussos. I once met him in the UK and the guy had a strong fight in front of him with seven more applicants who wanted to create this same registry and I was pretty sure that he wouldn't win that war: the guy had Amazon and Google in front of him...

...but he won: the official .MUSIC website says: "Supporting organizations with members representing over 99% of music consumed globally". What a success.

Since this .MUSIC enters in the history of Internet and Constantine Roussos is probably working hard with multiple partners to guarantee its success, I'd be interested in pushing this idea to his Registry: as a potential consumer of a ".music" domain name (I play the triangle*), I'd be interested in knowing what is the number of the domain name I just created.
Some luxury items enter the history because they are numbered and I would very much like to know if triangle.music (for example) was the number 3 or number 10 domain name created in the history of internet. Domain names are created at the registry in a certain order, I am sure this number must not be a difficult one to extract.
I hope he reads me.
* please don't register triangle.music, I want to be first to register that one.
Posted by Jean Guillon at 10:00 AM No comments: