New gTLD reports have been updated

I just finished the update of all new gTLD reports for the month of August/September 2018. New domain name registration volumes are an opportunity to check if end users register domain names or not. We recently added two new reports: Luxury and Music:

Posted by Jean Guillon at 2:30 PM No comments:

I recently noticed that 150 members are following the new gTLD info on the Google+ community that I created a few years ago. Basically, I post the exact same info as on the LinkedIn new gTLD group. 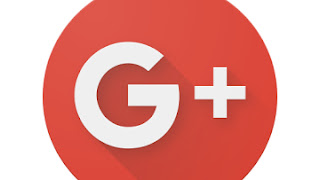 A different channel
I am reopening this communication channel because it is simple, efficient and some still use it. It is also quite fast for me to post an info there: it requires a link and a title (I often add a picture).

You should click here to be invited and note that it requires to join to be able to post. As usual, I try my best to moderate publications and do reject everything that has nothing to do with the subject of new gTLDs. And again: selling domain names there is not accepted, there are many other places to do that.

Which information channel?
Many exist but I created five of them:

New gTLDs "today"
When desperately lost searching for the latest news about new gTLDs, I suggest to try this reminder:

Sponsors welcome
We have become quite efficient when it comes to ensuring that an information "about new gTLDs" is seen: we talk to/about new gTLD service providers but they are certainly not the majority to read what we write. Potential and existing applicants also read us. For example, this publication generated quite some buzz recently, this one too. We look for one single sponsor in each of the categories below:
Please contact us if you are interested.
Posted by Jean Guillon at 10:35 AM No comments:

It takes long but the Charleston Road Registry, wholly owned by Google, is launching another of its Top-Level Domains.

Purpose of the gTLD:
Extracted from the application, the proposed gTLD will provide Google with direct association to the term ʺpage.” The mission of this gTLD, .page, is to provide a dedicated domain space in which Google will offer landing pages providing links to specific types of content. For example, the second level domain front.page may provide access to timely news content, sports.page might provide a collection of sports-related information, and business.page would aggregate content related to business and finance.

Posted by Jovenet Consulting at 1:00 AM No comments:

ICANN did not approve some .BRAND new gTLDs

The first round of the ICANN new gTLD program officially launched with no real methodology dedicated to ".brand" new gTLD applicants and - early before applying - some service providers (like myself) had no idea what to answer their clients when they asked: "do you mean that all registrars will be allowed to offer my domain names?"

Specification 13
The specification 13 was then created to change that and it became more clear how to differentiate a new gTLD dedicated to selling domain name (like .CLUB) and a .BRAND dedicated to the personal use of a Trademark (also called "dotBrand" new gTLD).

If the official list of the ICANN new gTLD applications does not specify which TLD is a Trademark and which is not, the complete list of specification 13 applications (for Trademarks) can be checked and one will notice that most requests were granted but some were not Approved or Withdrawn.

Not approved
The reason why some Trademarks were not approved is not explained and in many case, it is because the application was withdrawn by the applicant. Some, were not approved but the extension was delegated:
No comments
In the process to become eligible for a specification 13 application, the registry has to provide ICANN with an accurate and complete copy of his trademark registration and his request can receive a comment.

Very few comments were sent:
As of today, this represents 10 comments for a total list of 490 contracted dotBrand new gTLD applications.
Posted by Jean Guillon at 11:10 AM No comments:

How do New Domains impact SEO: the report

The report
This is a report from India based multiple registry Radix on how new domains impact SEO. Questions covered are:
The report can be downloaded here.

Radix Registry
"Radix" is a multiple registry to have applied for several new domain name extensions such as .TECH - .PRESS - .SITE - .SPACE and .HOST. The full list of the TLDs it applied for is available on its website. It is the third largest new gTLD operator with 2,533,086 domain name registrations (July 2018) for a total of nine extensions.
Posted by Jean Guillon at 4:54 PM No comments:

Luxury and new gTLDs: the report

We have identified new domain name extensions connected or related to luxury: there are international trademarks and generic terms. The strings concerned are:

The .RICHARDLI new gTLD is an interesting domain name extension since it is the only TLD worldwide to be the first name and family name of a person. 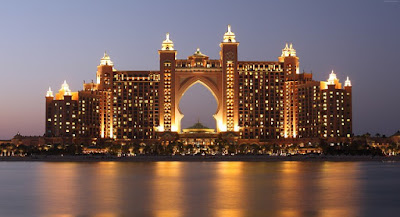 Most of the trademarks represented by the "®" sign have one domain name registration only and the .LUXURY new gTLD is now also available in French.

The monthly report is available in English and in French. Would we have forgotten to add some strings, please tell us. This report will be updated on a monthly basis at the end of the month.

Posted by Jovenet Consulting at 1:46 PM No comments:

A complete guide to SEO and new gTLDs

I tend to download most guides dealing with new gTLDs that I find on Internet but I admit that I never read them all completely. The reason for this is that there is nothing new and the guides are often used as promotion tools. This one, from English backend registry Nominet, is 8 pages and I made the effort to read it until the end.

These are the topics covered:
And this is what you will find inside:
The last point on SEO tips utilizing .BRAND domain name extensions is one that I found interesting: it is short but it is a must read for applicants with the intention to use their extension. Such section should be read before creating the first ".brand" domain name.

Missing
It is always interesting to read what one provider can add to such guides but I found that the new URL redirection strategy used by some .BRANDs was not covered.

A dotBrand Top-Level Domain is a powerful tool for branding mixed with SEO, not SEO only: a trademark will be able to do SEO without its own extension using other domain names that will probably cost a lot less money.

Download the guide
The guide can be downloaded on the Nominet website. Nominet is a backend registry service provider for 37 new gTLDs. It offers service to extensions such as the .VIP registry with more than 800,000 domain names registered, .BLOG - .LONDON - .BEER and .BENTLEY
Posted by Jean Guillon at 11:01 AM No comments:

A niche TLD is a domain name extension created specifically for a certain market or subject. Let's imagine that you were a leader in a specific financial subject and that you decided to operate the domain name extension representing this subject: THIS WOULD JUST BE A VERY BRIGHT IDEA because once the slot is taken, no one else can take it. A new gTLD is unique and there can be one registry worldwide. 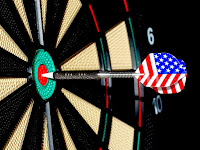 "Yep: but no one buys our domains"
What if, after a certain number of years, you realized that your domain names just "did not sell" and no one bought them in the industry in which you are a leader? This is a problem that some registries are facing but in the case of niche TLDs, not generic ones, there are solutions to change this.

It does not sell? Change the method!
Some Multiple Registries, who operate five and more domain name extensions, have targeted niche terms because they are leaders in their industry. Again, this is a very good idea to demonstrate leadership in a business but if no one buy domains, the approach and method should be changed.

Posted by Jean Guillon at 8:00 AM No comments:

The .LUXE new gTLD is here

We are already familiar with the .LUXURY new gTLD and its 880 domain name registrations. Well, his French friend has just arrived: the .LUXE new gTLD. Two languages are now covered: French and English.

In a statement, MMX, the multiple registry in charge of launching this Top-Level Domain wrote: "The ICANN-approved .luxe extension is set to shortly enter its pre-launch phases ahead of going on sale to the public from 30 October 2018."

The innovation:
"LUXE" seem to stand for "Lets U Xchange Easily" and the registry website says that the TLD is "The first open, Top-Level Domain created to combine Ethereum blockchain innovation and security with ease-of-use for today’s world – the .luxe standard that “lets you exchange easily” smart contracts, crypto and other blockchained products."

Dates:
Extracted from the ICANN web sites, I found other important dates:

This Sunrise Period should soon be officially announced on the Trademark Clearinghouse calendar.
Posted by Jovenet Consulting at 11:27 AM No comments: