The .IDN new gTLD (or .INTERNET)

IDN has a lot of meanings and one of them is "Internationalized Domain Names". It is the ISO 3166-1 alpha-3 code for the country of Indonesia too. 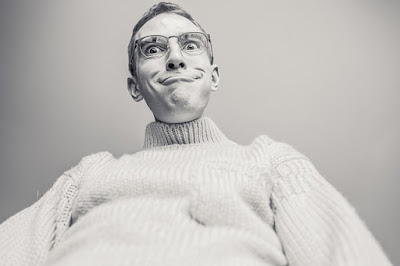 The "AGB"
For anybody who went through the process of applying to a new gTLD in the first rounfd of the ICANN new gTLD program, page 67 of the new gTLD applicant guidebook (AGB) says:

So, someone paid $185,000 + all extra costs to apply for the .IDN new gTLD. The same happened for the .AND new gTLD and a few others I think.

Just for the note, the .IDN applications says:


"The purpose of the proposed gTLD is to offer a bridge for the Internationalized Domain Name Registrant to connect to users beyond their own language communities. This gTLD would be of help in furthering the Internet Communityʹs efforts to preserve the Internet as a unified, Global space. The proposed gTLD .IDN supports multiple cultural, linguistic and ethnic communities across the world by helping communities connect to the rest of the world across the barrier of language".

.IDN or .INTERNET ?
In a letter sent to ICANN in March 05, 2013, the applicant reported his mistake and offered to change it to .INTERNET. Probably a lot happened since 2013 but an answer to the applicant was published by the ICANN on the 24 April 2017 in regard to this change request. It says two things:

After 4 years of procedure, there's still no answer.

What to think about all this?
Applying for a new domain name extension cost a lot of money and if the entry fee should be lowered in future rounds of the ICANN new gTLD program (not that nobody can tell about this today), it will still cost a lot so:

Posted by Jean Guillon at 12:07 PM No comments: