Hillary.club : the Name Game of Politics 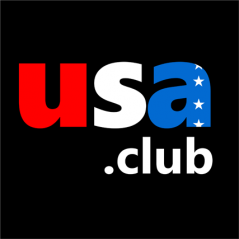 With the 2016 Presidential election already looming large, two key web addresses are up for sale to the highest bidder as Hillary.club and HillaryClinton2016.club are currently accepting bids at a SnapNames.com domain name auction that will begin at midnight Eastern on September 1, 2015. It’s anybody’s guess who will walk away with the politically charged online real estate, but bids start at just $69.00 for each, and are expected to go higher once the three-day auction commences.

It’s an accepted practice that political campaigns establish a strong online presence and dynamic social networking to convey their messages and that campaigns can potentially be won or lost online. Now with the plethora of new web extensions, such as .club, .vote, .gop, .democrat, and more, politicians, supporters and even the opposition can now get a great web address for branding any politically focused or campaign-related website.

“Given the sense of community the word ‘club’ represents, we know that .CLUB web addresses can play a key role in the campaigns of the future. In the 2014 Indonesian Presidential election we saw supporters rally behind the winning candidate Joko Widodo at www.Jokowi.club, and we’re confident the passion behind any political campaign can be easily expressed with a .CLUB domain,” stated Colin Campbell, CEO of .CLUB Domains. “Many of the great .com names are taken - even Hillary.com isn’t available – but Hillary.club and HillaryClinton2016.club are both great names for official or unofficial supporter websites.”

While 2016 is being hailed as a `high-tech’ election, many candidates and political supporters may miss the boat by not securing their relevant web addresses, the prices of which can vary widely. A generic word that also has other meanings, Trump.club, for example, is currently listed for sale at Sedo.com for an asking price of $20,000. Campbell, a Florida resident, has registered the web address Jeb.club, not to sell it, but rather to take it off the market and donate it to the former Florida Governor’s campaign organization.

In order to participate in the auctions for Hillary.club and HillaryClinton2016.club bids must be placed online at SnapNames.com before 9pm PT on August 31st / 12am ET September 1st.

Recognized as the most popular new domain extension, .CLUB has set records for the highest amount paid to date for a new generic top-level domain (gTLD) when wine.club sold for $140,000 at auction, and both Vegas.club and Coffee.club sold for $100,000 each.

About .Club Domains, LLC
Led by Internet entrepreneur Colin Campbell, whose prior successes include Tucows Interactive and Hostopia.com, .Club Domains, LLC was formed for the purpose of becoming the .CLUB gTLD registry. The company recently launched Startup.club to support entrepreneurs building businesses around a .CLUB domain name. With more than 280,000 domain names sold to date .CLUB leads the pack of new domain extensions in sales and usage. More information and links to register .CLUB domains are available now at http://www.get.club.