Could Verisign block the next new gTLD round?

I like to read that letter from the co-chairs of the GNSO’s policy development process on new gTLD subsequent procedures: it is positive and asking the right questions to ICANN. One paragraph caught my attention:

"We would also appreciate input on the total number of TLDs that could be delegated without negative impact to root server performance."

Honorable "new gTLD Boss" and ICANN CTO gave answers and I stopped on that section of a paragraph:

"There are also technical limits placed on capacity by the systems that handle root zone provisioning (operated by PTI as JANA Functions Operator and Verisign as Root Zone Maintainer)..."

Actually, I fell from my chair and broke two legs.

I didn't know that the technical infrastructure of domain names relied on Verisign too but I believe that this could be used as a technical reason not to push for another round of new gTLDs.
Posted by Jean Guillon at 4:00 PM No comments:

There are a lot of domain name extension related to cars in the automotive industry, even tire manufacturers applied for their .BRAND new gTLD. An interesting fact is that a lot of car manufacturers applied for their personalized domain name extension and almost all car trademarks were represented in the first round of the ICANN new gTLD program. In this list of 64 applications, one IDN was submitted for Volkswagen (China). 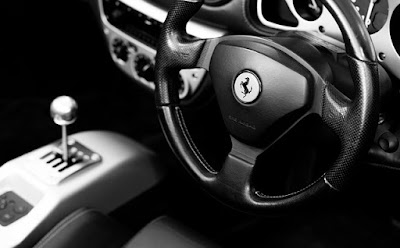 In the Red
In the "red" means that a domain name extension lost registrations between January to December 2017 (when the opposite should have happened). Are concerned the .LIMO - .AUTO - .CAR and the .CARS new gTLDs. 7 applications were withdrawn and one remains "On-hold".

"On-hold" is a problem
The .RAM new gTLD (Chrysler Group, LLC) has remained on hold because of a GAC Early Warning dated 2012. Since then...very few know if this is about to change one day. There was a change to the application in 2015 but it seems that things take time. The problem about these applications is that they are supposed to be "fixed" prior the launching of the next round to submit more new gTLD applications. At least, it is what the new gTLD applicant guidebook says.

In the Blue
The highest number of domains registered in this industry is for the .PARTS new gTLD with 5,574 registrations (note that this TLD will be removed in 2017 since "parts" is not exclusive to the automotive industry), then comes .TAXI with 5,573 (December 2017). Surprisingly, the .TIRES extension had 844 names registered in December which is almost 200 more than what it had in the beginning of the year. I am impressed.

A lot of .BRAND new gTLDs
They are represented with a "®" sign and I found 53 of them. 19 trademarks had one single domain name registered but it certainly does not mean that a trademark like the .FERRARI new gTLD is less innovative than .LAMBORGHINI which had 16 domains registered in December 2017 ;-)

Considering the volume of domain name registered, many car manufacturers really seem to have found a use of their .BRAND Top-Level domain:
Missing
Some trademarks like Porsche, Peugeot, Renault are missing and when thinking about the hundreds of car brands, I am confident that this should give ideas to new gTLD service providers...for the next round of the ICANN new gTLD program.

Check the full report here (the report is now available in French too).
Posted by Jovenet Consulting at 11:17 AM No comments: