When applying for a new gTLD, what happens if two applications for the extension are a city and a family name?

When the Family name is the name of a city
Even if the ICANN new gTLD applicant guidebook did not allow persons to submit an application in the first round, anyone could create a company using his or her family name and submit his application: this was perfectly legal and will probably remain like this in future rounds of the program. 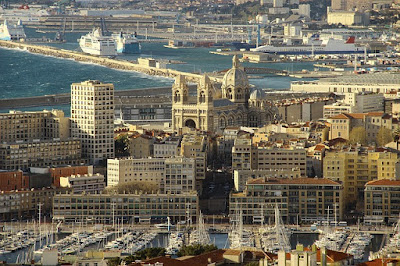 Note that there is an existing case: it is known that one applicant applied for his first name and family name as a new domain name extension in the first round of the ICANN new gTLD program: it is the .RICHARDLI new gTLD.

Now: what happens when your family name is the name of a city?

"Marseille" is a famous French family name
A friend of mine's family name is "Marseille" and I wondered what would happen if he created a company named "Marseille" - or if he trademarked his family name like I did - and decided to submit a new gTLD application in the next round of the ICANN new gTLD program. Such an application could receive an objection from the French city of Marseille or he could object to the city's application too but - precisely - what could happen in such case of a conflicting geo/family application?

Some experts answered the question:

I will add more answers when they come.
Posted by Jean Guillon at 9:09 AM No comments: