A sad business model for Round 2 of the ICANN new gTLD program? 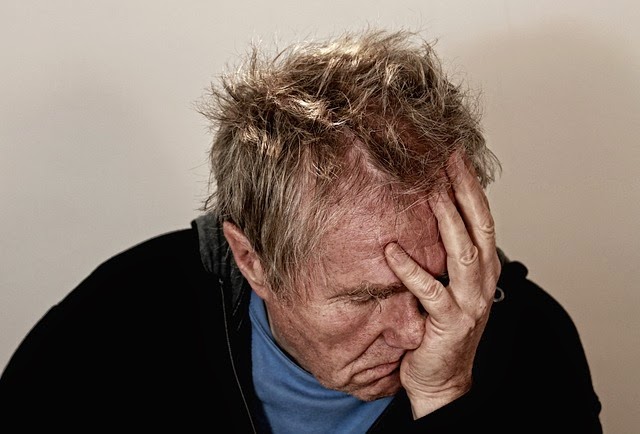 What are new gTLDs

New gTLDs are new domain name extensions authorized by the Internet Corporation for Assigned Names and Numbers (ICANN) and launched in 2012. The program was initiated many years before but official publication of the list of new applications was published in 2012; See their list and status here.

Typically, a new gTLD application offers new opportunities and the chance - for example - for a club to register a domain name ending in ".club", instead of ".com" or ".es" (the country code Top-Level Domain for Spain). A good example would be the "new generic Top-Level Domains' Club" which uses gTLD.club as its domain name: as you can see, it ends with the appropriate domain name extension for a club.

Once a new gTLD application has been approved by the ICANN, the owner, also called the Registry, becomes the only legal entity

The Round one of the ICANN new gTLD program has been a success and now offers dozen of different industries, types of businesses, locations, communities, trademarks and cities, the choice to select a domain name which offers a high level of precision. The Round one has now ended and it means that no company can submit a new gTLD application anymore and will have to wait for the second round two to start in a few years time.

The Round two of the ICANN new gTLD program

No one really knows when it starts, even the ICANN cannot answer that question but it is quite possible that it happens in 2017 or 2018 (but again...no one knows). The traditional Business model for a Registries is to submit an application (at the price of $185.000), go through the legal, technical and financial ICANN validation process, sometimes go through complementary procedures, then ... start to make money selling domain names. Some Registries are very succesful and some are not.

If the business model is more or less the same for all Registries, receive ownership of the domain name extension from the ICANN and sell domain names massively, the first Round has developped an unexpected and very scary new trend that future potential applicants should keep an eye on prior to submitting their application in "Round 2".

What happened in Round One
In 2012, when all applications were revealed to the public, many applicants realized that they were not alone to apply for the wanted domain name extension, and in some cases, they were more than five to have paid $185,000 for the same extension. The ICANN methodology to submit an application (also called the ICANN Applicant Guidebook (or "AGB")) offered to solve that problem upfront or, as a final solution, to go to an auction. Not a bad solution but specialists from the domain name industry decided that they could do this themselves and keep some of the money for themselves, instead of giving it to the already very rich ICANN.

Many external auctions to the ICANN helped select the final owner of an application such as the .FREE new gTLD which was won by Amazon. To understand how new gTLD auctions work, I suggest to read this post.

The good point about private auctions is that money is distributed between losing applicants.


What could happen in Round Two
If losing an auction has become a way to recover part of the money invested in a new domain name extension, let's not forget that applying does cost $185,000.00 only (a little more actually because the ICANN has been very slow in launching its new gTLD program and some entrepreneurs lost a lot of money waiting for a launch date), it has also become a way to ... earn a lot more money, even much more when rich applicants are many and definitely want to win their domain name extension in the auction.

The dirty question: what if you don't want to become the owner of a Top-Level Domain but want to profit from other applicants by having them to win their TLD in an auction?

The dirty answer: the idea is to keep your ears open prior to the launching of the second Round of the ICANN new gTLD program to learn about who is going to apply and for which extension. Some applicants have made more than a million dollars losing an auction for the TLD they had applied for. With a minimum investment (let's say $200,000.00) it becomes possible to submit an application and earn much more if several applicants submit the same.

Any applicant with the intention to submit an application in Round 2 of the ICANN new gTLD program should NEVER inform the public prior to having selected the right partner to submit his application. Forget about NDAs because an extension is just a keyword anybody can drop in a discussion so when you tell a service provider that he is too expensive and move to the next one... Well, you're the one to judge.

If these infos were not kept so secret in the first Round, it is because no one expected so many applicants to submit the same application but also because no service provider had imagined creating a different auction process to solve such string contentions. Now the process exists, expect experts to profit from auctions to generate cash: the first Round of new gTLDs has very clearly demonstrated that losing an auction can be profitable.

Hold on: what about Trademarks?

Any lawyer is aware that a Trademark using a generic string/keyword can be exposed, in particular in countries where Trademark Law is not so respected nor efficient. So what happens when a Trademark owner realizes that someone else submitted an application in Round 2 for its string as a "Generic application" and not a "Brand application"? If legal procedures exist to fight against such behaviours...finding no solution can also end...in an auction.
Posted by Jean Guillon at 4:46 PM No comments: