gTLD.club moves to the Blogger platform (authors: read this)

Almost a year ago I launched gTLD.club: a club for authors interested in new gTLDs to write about the subject of their choice. I started this project on the already very popular Wordpress.com platform but I am more familiar with the Blogger platform which I find easier to use and more efficient for what I do.

Reason for this move

Authors: please read this
Changing from a platform to another means that authors have to register again to be granted access to gTLD.club. This is the bad thing about migrating to another platform. Dear Authors, you are welcome to request a new invitation to be able to post again.

Your design is ugly
I know that but since I am no web designer, it will remain like this. I focus on content when I read, not on design...and anyway: gTLD.club was ugly on the Worpress platform too ;-)

Translate please
Everybody does not read English nor French and even if no one likes automatic translation tools, it can be interesting to be able to understand an article when it is not in your own language so I added "Google Traduction" to this Blog because I write in both languages.

Old articles
Old articles will remain on the old platform.
Posted by Jean Guillon at 1:51 PM No comments: 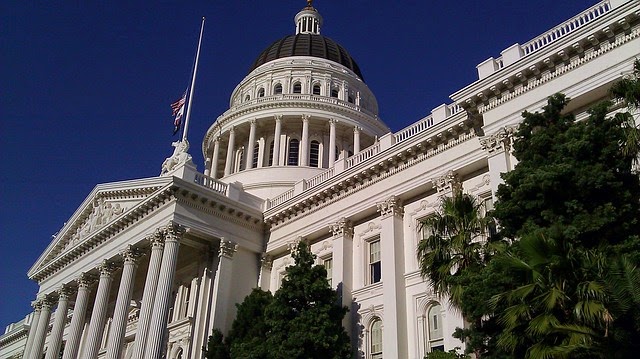 The more I follow the .WINE & .VIN opera, the more I start to believe that the idea is either to kill both new gTLD applications to free space in Round 2 of the ICANN new gTLD program or make this subject a political tool “only” to increase Europe’s presence in ICANN decisions.


Flying high above the sky

If there still is a wish from the European Commission to help .WINE and .VIN to become the strongest identity European wines could ever have on Internet, I would like to understand why the situation is still blocked:

Whatever decision is taken in November the 27th, the ICANN Board does not have to approve it just to please European Member States and a few American Organizations who think wine GIs and/or their equivalent should be protected.

There is still zero reason why both applications should not proceed: my understanding of the the ICANN CEO’s personal contribution to this issue is that ICANN will then have to face the reaction of both parties if it approves .WINE & .VIN or not. In both cases, someone will cry so who should that be: Donuts for investing so much time and money to find out that ICANN changes the rules again for the benefit of the European Commission (EC), or the European Commission for wasting so much time in trying to protect wine GIs and finding out in the end that very few was changed?

So what really is the problem then?

The real actual problem is that ICANN needs to find a solution to demonstrate that its methodology to apply for a domain name extension is finalized and can face a situation such as the .WINE one; AND it needs to please the party which thinks that it is being fooled. If I could almost agree that the methodology is finalized, I believe there is no solution to please the EC with its requests.

Note that it would help quite a lot if it was clear about what the EC wants and as for now, the negotiation between parties involved has not been made public.

If the ICANN Board says OK to .WINE and .VIN, no matter what the European Commission thinks, then the ICANN confirms its position as an American organization who does not really care about the rest of the world, no matter what Axelle Lemaire thinks.

.WINE and .VIN are no GO

ICANN confirms that its methodology to apply for a new gTLD has a breach and I believe it then should have to answer Donuts on the reason why it blocked the company from succeeding after following the ICANN new gTLD applicant guidebook procedure.

If no one, even ICANN, can give a dead line, the next step comes after the 27th and it is quite possible that the ICANN Board, sole entity to be able to say “yes” or “no”, says: “let’s give parties involved a little more time to find a solution. I personally hope this is not the answer but according to me, the ICANN wants to please the European Commission and avoid…a lawsuit.

My fear here is that the “no dead line situation” has been accepted by all parties and it looks like it is easier for ICANN to remain this way instead of taking the risk to act. Unfortunately and according the the AGB, there can’t be a Round 2 if this situation is not solved so let’s expect something to happen…someday.
Posted by Jean Guillon at 12:06 PM No comments: