A kind answer received today from Neelie Kroes to my questions. I think the last paragraph is interesting. I understand there won't be any initiative from the EU to build its own Internet. You will also enjoy my little note at the end of this post.
Dear Mr Guillon,
Paragraph 1 = CUT
".... Our position remains firm: The two new gTLDs should be put on hold until there are sufficient safeguards to protect EU Geographical indications, either through a satisfactory negotiated solution in the ICANN context or until there is a clear and universal interpretation in international law (e.g.; WIPO and TRIPS) on geographical indications.

In fact, there is little doubt that ICANN is aware of the serious public policy concerns the EU have in relation to this issue. The European Commission has repeatedly pointed out our apprehensions, in letters, in GAC and in direct contacts with ICANN board and staff. The president of the European Parliament has written to ICANN and EU Member States have expressed similar concerns, including direct involvement of the "CUT". There is also support for our point of view among the US wine industry and from several US congressmen.

Following ICANN's own multistakeholder approach to manage the DNS, we have also tried to find a solution which respects the legitimate interests of the European wine sector by supporting direct negotiations between rights holders of Geographical indications and the applicants of .wine and .vin. So far these negotiations have not resulted in any agreement.

We have subsequently engaged with ICANN through the Cooperative Engagement Process, embedded in ICANN's own by laws, hoping that an ICANN lead process would be conducive to a final and mutually satisfactory solution. In parallel, the European and American wine industry have done the same.

The European Commission remains committed to a unfragmented , open, and internet and aims to improve the transparency, accountability and inclusiveness of its governance. It is therefore not our objective to start building an European Internet but to maintain and strengthen the rule of law on a single network or networks.

Sincerely yours".
Note about this answer:
In April the 3rd, Project dotVinum (for Wine Registries) wrote ICANN a letter entitled "Hints and Solution for the Protection of Wine Geographical Indications in the ICANN New gTLD Program" to witch we never received any answer neither from "someone in charge of the question" nor the ICANN Board.
With this answer, I notice that stakeholders may have better chances to be heard by the European Commission rather than the ICANN. Do you follow me here.   :-)
Posted by Jean Guillon at 7:18 PM No comments:

Round 2 of the ICANN new gTLD program

Estimated Timelines of the ICANN new gTLD program' second Round. 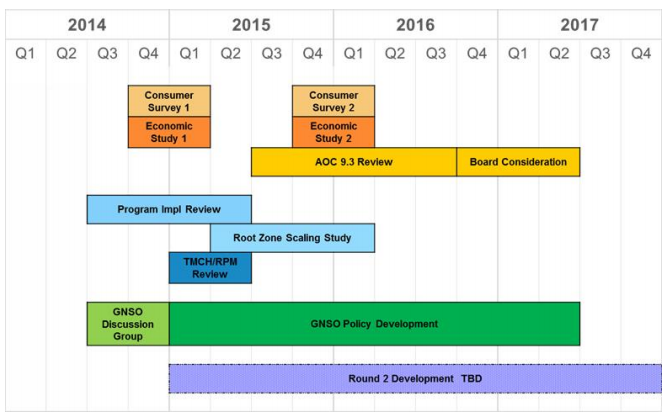 A few things to note:

So you want to apply for a new gTLD?

New domain names are now on the market and you start to realize that you may have missed the train by not submitting your own new gTLD application. So why not get your part of the cake and consider applying for your own new Top-Level Domain in the second Round of the ICANN new gTLD program? Why not become a “Registry” and sell domain names…to the world?

Read my article on gTLD.club
Posted by Jean Guillon at 11:00 PM No comments:

What is the RDS and what are RDS contacts?

Posted by Jean Guillon at 9:22 AM No comments:

Can't register that .CLUB domain name? Read this then.

Anyone facing the registration of a domain name wants a good domain name, in the case of a club, you don’t want a .COM, you want to name your Club with a .CLUB. If pet.club does not seem available but might be, how to investigate further and where to go to ensure whether the domain name is free to register ?

Read my complete article on LinkedIn.
Posted by Jean Guillon at 7:02 PM No comments:

2nd Round gTLDs: The Good, The Bad, and the Ugly

The essay outlines the advantages (good) and threats (bad) that can make or break a gTLD, and the eternal fact that some applications will doom themselves to failure (ugly):
Read Alex's article on gTLD.club
Posted by Jean Guillon at 11:00 AM No comments:

ICANN’s multiple delays: a bit of a problem!

One of the applicant sent a letter to ICANN informing that 6 months had elapsed and, according to the ICANN FAQs on this procedure, it should have taken less than four months.

ICANN wrote back but the answer is shocking. A paragraph of the letter states: “While the evaluation panel is aware of these timelines, given the impact of a CPE result on all members of the contention set, final reports will not be rushed simply to meet the timeline.”

Read my article on gTLD.club
Posted by Jean Guillon at 9:52 AM No comments:

AlpNames offers free .WEBCAM domain names for one year with this coupon: NEWSGTLDS100
The offer is valid until December 2014.

To register a .WEBCAM domain name, use AlpNames.com

Note to my readers: this is a limited offer so as long as it works...it works.
Posted by Jean Guillon at 7:34 PM No comments:

Positioning Your Brand in the New .ANYTHING World

More here - Register your new domain name with AlpNames.
Posted by Jean Guillon at 9:47 AM No comments:

This is the message I received:

Thank you for your e-mail. It has been registered and you will receive a reply asap, within 15 working days. We ask your understanding for this delay, which is due to the  large number of messages that we receive daily. Please feel free to send a follow up message if your request incurred further delays.
Cabinet of Mrs Neelie Kroes
Vice-President responsible for the Digital Agenda
Mail Registry Unit
Let's see what happens. Let's see if something happens.
Posted by Jean Guillon at 9:25 AM No comments:

Read my short post on gTLD.club
:-)
Posted by Jean Guillon at 6:00 PM No comments:

Why use a new domain name ? 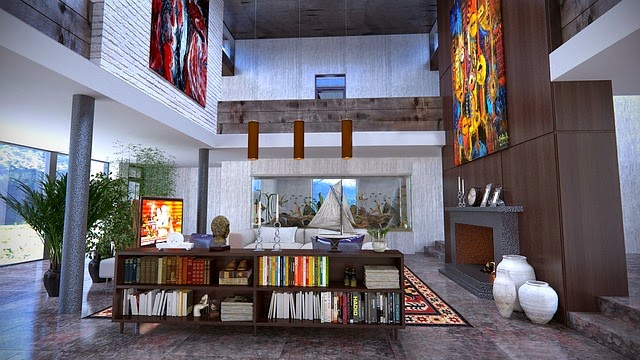 Recently I found a new argument.


Kari Södö is a Virtual Artist

I did a few checks, starting with the .com domain name, the .net and a few others and I confirm that changing domain name can be a good idea, in particular in these early stages of the ICANN new gTLD program: it is possible to register a great – and short – domain name.

When the domain name means something different or when it is the diminutive of something else in a different language, it can get confusing. In our case, changing domain name can be the opportunity to start from scratch and get rid of the confusing domain. Then this one will be redirected to the new one: sodo.info could be redirected to a new domain name and keep a good SERP (Search Engine Results Page). There are many ways to do this in an efficient way.

No matter whether the search engine positioning was good or not because what matters first is what the domain name means when you read it for the fist time. In the case of sodo.info, I understand it is the introduction of M. Södö, a Virtual Artist.

.DESIGN is a new gTLD to be launched “soon”

There are many new domain names but the one to come to my mind first for a Virtual Artist would be .ART or .DESIGN. If these two are not available yet, I would suggest to look at any Accredited Registrars for a new one. I personally find that kari.design would be a good match.
Posted by Jean Guillon at 11:01 AM No comments:

Email ThisBlogThis!Share to TwitterShare to FacebookShare to Pinterest
Labels: dotdesign

Based on the success of these niche engines, some TLDs pundits have argued for the viability of search engines for companies that have registered their .Brands. Imagine a Search.Nike or Search.Apple.

Read the complete article on gTLD.club:
http://gtld.club/2014/09/01/limitations-of-brand-search-engines/
Posted by Jean Guillon at 10:26 PM No comments:

Do you know who this guy is?

Well, if you don't click here.
Posted by Jean Guillon at 6:42 PM No comments:

An interesting post by Alex Tajirian founded DomainMart in 1996. DomainMart expanded its offerings to domain registration services in 11 languages, escrow, Web hosting, leasing, protecting online identity, appraisal and valuation, monetization consulting, and managing Corporate Training.
Read the post on gTLD.club
The success of the new gTLDs program depends on the actions of the winning registries and on ICANN’s allocation policies for the second round of applications. A successful landscape would be dominated by only a few registries but would be less confusing for users.

I rarely read long articles and generally focus on what is written about new gTLDs. Articles from the INTA are good ones but something really hurt me when I read that interview. One question and one answer are just...wrong.


The question: "What has been the biggest obstacle to educating Internet users around the world about the New gTLD Program?"

Am I the only one to have a problem with this question and in particular the "has been"?

The answer: "I think that the sheer scale of the program, and the fact that many Internet users around the world still don’t know about ICANN or what we do, have made this extremely difficult".

Is ICANN seriously considering that the job is done with this answer? If this is the case we are in wonderland and my belief is that ICANN should invest more in communicating about new gTLDs because very - but very - few people have heard about them.

Read the interview here.
Posted by Jean Guillon at 10:07 AM No comments:

Many domain name extensions with potential were not applied for in the first round of the ICANN new gTLD program. If investors targeted very generic ones such as sport extensions (ie: .FOOTBALL or .RUGBY) and other very generic strings (such as .CLUB or .FINANCE), many industries did not receive an application for their TLD.

Read my article on gTLD.club
Posted by Jean Guillon at 10:15 AM No comments: