Answer received from the French GAC regarding .VIN

"...la liste finale a été arrêtée lors d'une réunion interministérielle à Matignon (3)".
Translation
The .VIN GAC Early Warning was submitted by the Ministry of Agriculture after ministries met with the Prime minister during a meeting. Apparently a list of new gTLD applications was drafted and a selection was made for Early Warnings. At least this is how I understand it but I cannot tell if .WINE was on that list.
I was invited to discuss this...
A few definitions (since you are supposed to know all acronyms above):
Posted by Jean Guillon at 6:54 PM No comments: 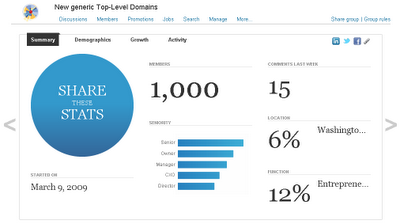 This discussion group is open and you are welcome to join.
Posted by Jean Guillon at 2:28 PM No comments: