No matter if the IATA failed... 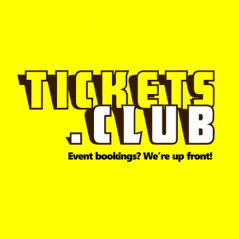 ...the future for online tickets is in front of us.

As part of the International Air Transport Association simplifying the business initiative, the association instituted a program to switch the industry to 100% electronic ticketing. The program concluded on June 1, 2008, with the association saying that the resulting industry savings were approximately US$3 billion. In 2004, IATA Board of Governors set the end of 2007 as the deadline for airlines to make the transition to 100% electronic ticketing for tickets processed through the IATA billing and settlement plan.

As of June 1, 2008 paper tickets can no longer be issued on neutral stock by agencies reporting to their local Billing and Settlement Plan.
The industry was unable to comply with the IATA mandate and paper tickets remain in circulation as of February 2009 (source Wikipedia).
Tickets.club is for sale: http://startup.club/product-category/generic/page/4/.
Posted by Jean Guillon at 11:12 AM

Email ThisBlogThis!Share to TwitterShare to FacebookShare to Pinterest
Labels: tickets.club is for sale