Le Louvre: time for a change?

Le Louvre is one of the most popular museum in the world, at least in real life, but can we say the same in terms on naming?

Le Louvre is French
Le Louvre is French so it uses a ".fr" domain name. Normal isn't it? The website is available in multiple languages and it occupies most of the results in the front page of Google when I hit "Le Louvre". Good, but let's hope that this does not change since it has no SSL certificate (Google announced recently that SSL certificates help rank better). Yes...the most prestigious museum in the world is not secured on Internet. 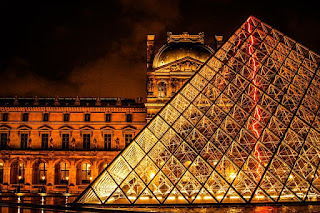 I checked a certain number of similar ccTLD domain names to see if other extensions had been secured (and more domain names registered) and it I didn't want to dig more than the .es and it. My conclusion is that...well...not so many apparently, but who worries about this: it is "Le Louvre". I visited lelouvre.fr too and...well...no need.

Interesting, the louvre.museum domain name has been registered but points to an error. I would have redirected it to the official domain name. What about Paris? The louvre.paris domain name was registered and redirects to louvre.fr: good point but since Le Louvre is located in Paris, isn't it time for innovation?

HOT - Coming to Abu Dhabi
Le Louvre opens in Abu Dhabi in November 2017 and it is important to know that the ".abudhabi" new gTLD was launched in April 2016. Since then, one domain name was registered only and this, very recently. The only known existing domain name ending in ".abudhabi" is icann60.abudhabi. Sadly, it is a simple redirection to the next ICANN meeting in but hey...it's a start.
Le Louvre in Abu Dhabi has its own website and it is...http://louvreabudhabi.ae/ (not secured neither).

Hundreds of people are working in in communication and intellectual property for Le Louvre, and I am confident that one, at least, has had the same thought as I have: isn't it the opportunity to consider changing domain names for these two fantastic museums and go for a ".paris" and a ".abudhabi" domain name? It implies changes and I already hear SEO specialists but hey: what's the most important when you are Le Louvre?

The ".museum" new gTLD
Just for the note, ".museum" domain names are only available to museums and individual members of the museum profession but it appears that this is about to change (how surprising). The .MUSEUM new gTLD will open to all in the future: "Eligibility requirements have been expanded such that registrations will be granted to museums, professional associations of museums, individuals with an interest or a link with museum profession and /or activity, or bona fide museum users." This is a common move at closed Registries to "expand" the number of domain name registrations. In more simple words, "Individuals with an interest" also includes cybersquatters, domainers but also, bona fide Trademark owners who would be interested in securing their domain name in the ".museum" extension.
Posted by Jean Guillon at 11:10 AM