The .BEST new gTLD: more details are given

This is a one hour podcast giving all details about what the .BEST social network is going to be and how users will be able to generate an income from it. Note that this publication was already posted on CircleId. 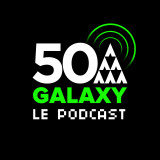 100,000,000 users
Yes, you read that correctly, we're talking about a potential of 100,000,000 million users by 2022, and that means millions of ".best" domain names. In this major project, two ventures are identified: the .BEST registry itself, which comes as the tool to develop an innovative social network.

Details are given
Cyril Fremont gives lots of details on how his social network, focusing on reviews, is going to be different from Google Reviews, Facebook, Yelp and TripAdvisors. If one would be tempted to think that ... well, "that's just going to be another social network", then, I strongly suggest to listen carefully the part of the interview on the decentralization of this network. I already interviewed Cyril Fremont in July 2018 and did not pay attention to this but the fact that this social network is decentralized answers a very important legal question: registrant's data will be hosted in their country of residence. GDPR, are you listening?

Unexpected questions
Another interesting aspect of this interview is that Cyril Fremont met with 6 high-tech experts on several subjects from different industries: questions were not written in advance and these specialists hit him with unexpected questions such as:
I suggest to listen to his answers in this podcast (in French). The social network will be launched in January 2019.

Update: another interview was recently given in English.
Posted by Jean Guillon at 8:30 AM

There are 9 genres of popular music according to Wikipedia and already two exist as a Top-Level Domain. Will there be seven more created i...