A kind answer received today from Neelie Kroes to my questions. I think the last paragraph is interesting. I understand there won't be any initiative from the EU to build its own Internet. You will also enjoy my little note at the end of this post.
Dear Mr Guillon,
Paragraph 1 = CUT
".... Our position remains firm: The two new gTLDs should be put on hold until there are sufficient safeguards to protect EU Geographical indications, either through a satisfactory negotiated solution in the ICANN context or until there is a clear and universal interpretation in international law (e.g.; WIPO and TRIPS) on geographical indications.

In fact, there is little doubt that ICANN is aware of the serious public policy concerns the EU have in relation to this issue. The European Commission has repeatedly pointed out our apprehensions, in letters, in GAC and in direct contacts with ICANN board and staff. The president of the European Parliament has written to ICANN and EU Member States have expressed similar concerns, including direct involvement of the "CUT". There is also support for our point of view among the US wine industry and from several US congressmen.

Following ICANN's own multistakeholder approach to manage the DNS, we have also tried to find a solution which respects the legitimate interests of the European wine sector by supporting direct negotiations between rights holders of Geographical indications and the applicants of .wine and .vin. So far these negotiations have not resulted in any agreement.

We have subsequently engaged with ICANN through the Cooperative Engagement Process, embedded in ICANN's own by laws, hoping that an ICANN lead process would be conducive to a final and mutually satisfactory solution. In parallel, the European and American wine industry have done the same.

The European Commission remains committed to a unfragmented , open, and internet and aims to improve the transparency, accountability and inclusiveness of its governance. It is therefore not our objective to start building an European Internet but to maintain and strengthen the rule of law on a single network or networks.

Sincerely yours".
Note about this answer:
In April the 3rd, Project dotVinum (for Wine Registries) wrote ICANN a letter entitled "Hints and Solution for the Protection of Wine Geographical Indications in the ICANN New gTLD Program" to witch we never received any answer neither from "someone in charge of the question" nor the ICANN Board.
With this answer, I notice that stakeholders may have better chances to be heard by the European Commission rather than the ICANN. Do you follow me here.   :-)
Posted by Jean Guillon at 7:18 PM

New gTLD reports are monthly captures of domain name registration volumes according to specific groups, businesses or industries. On the l... 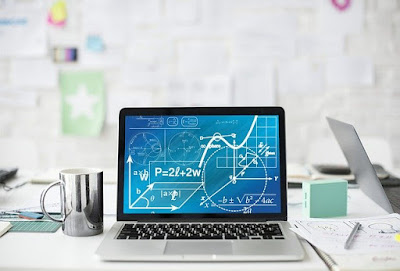