Buying the TLD is Just the Start... (by Colin Campbell) 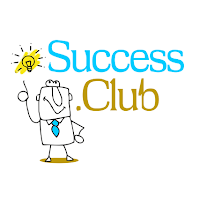 People frequently ask me how we got the rights to a top-level domain name (TLD), and I’ve often responded that it just takes a lot of money and perseverance. Now I’m wondering which one is more important and certainly realizing that launching a new domain extension has been a lot more challenging than I had originally thought.

As one of the losing bidders for .tv in the 90’s, my partners and I recognized that it took more than just winning the name. We just didn’t realize nor have the necessary resources to win the name and promote it.

This time we did things very differently. When the idea first came to me to apply for an extension, I assumed we would likely win the name uncontested with about $500,000 investment (including the application, legal fees, and a real business plan). However, it was soon obvious that multiple companies also wanted the same domain, and failure to win the name uncontested left us in a bind…and in need of more money to win it. We raised $8.2 million to buy the name at auction and launch it globally. But after eight months of buying a lot of rocket fuel to get our name off the ground, we quickly realized we were still short on funding and had to raise an additional $3.6 million. 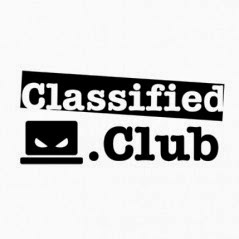 .CLUB by many standards has been the best performing new domain extension on the market, wining almost every survey and award and having usage that far exceeds almost every other new domain extension. In less than a year after launch, there have been more than 225 000 names paid registrations so far and more than $800,000 in premium names sold, including Vegas.club, Coffee.club, Wine.club and many more. But our success came only after a lot of hard work and a lot of investment. We have run several advertising campaigns and partnered with registrars to get the word out. In addition, we continue to attend dozens of trade shows per year and have worked closely with celebrities and brands to get them to use the names for fan clubs, loyalty programs and more. While we’re excited and proud of our success, we still have a long way to go.

Several companies have recently paid well over $10 million for their domain extension. Gaining the rights to the name is only the beginning, and each of these companies must consider what is required to establish itself as a national and even global brand. While the environment today for marketing a new TLD is far more challenging with hundreds of new extensions competing for dollars and mindshare, the good news is that as other TLDs begin to spend the money required to spread global awareness, most of the TLDs that have meaning will also benefit. To garner similar recognition as .co, .tv, or .info, it requires millions of dollars in investment, a relevant name with clear meaning, and a focused team executing on innovative campaigns with relentless resolve. We believe we have those things in .CLUB, including a word that is recognized and used globally in every language and culture throughout the world.

While it’s easy to say it just takes money and perseverance to launch a new domain extension, we’ve learned it also takes a winning team, a well-developed strategy and execution, and the work of the industry as a whole to make it successful.