New gTLDs: .ANIMAL names in the second Round?

Round 1 of the ICANN new gTLD program has been successful in many areas and industries such as "colors", "clubs" and "city domain name extensions" (city Top-Level Domains). In which areas of interest should we expect the the second Round to be as successful?

Colors are selling pretty well in Round 1 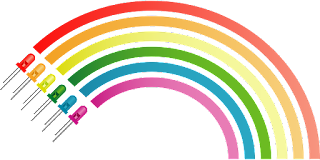 For the second time, I hear about "animals" and with the experience of Round one, I wouldn't be surprised to see applications related to names of animals. If speculating on domain names has existed for the past 20 years and speculating on new gTLD applications is profitable, it could become the next trend.

There are many more possibilities:
Some of these names are Trademarks too so here is my next question: what if an applicant was to submit an application for one of these animal names?
Posted by Jean Guillon at 3:06 PM