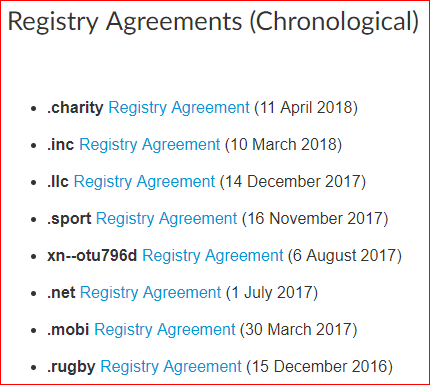 2 IDN competitors
There are two other IDN new gTLDs meaning "charity" in Chinese (note that one of the two could be a mistake on the ICANN website:
Details of the latest signed new gTLD agreements can be found here.
Posted by Jean Guillon at 10:38 AM