A week ago I was discussing the alternative of an European Internet root with an ex-ICANN Board member. The idea that I like to develop in these discussions is to offer end-users a modern and cheaper naming system. Note that it does not mean the ICANN root is a bad one, it means that a new and better one could cohabit with the (now old) existing one.

One will wonder what this article has to do with new gTLDs but considering the creation of an Internet "version 2", offers website and brand owners many advantages. Starting from scratch allows to avoid all mistakes made with domain names. Brands and domain name owners already know what they would like to get rid of with .COM domains and new gTLDs: an alternative root would allow that. 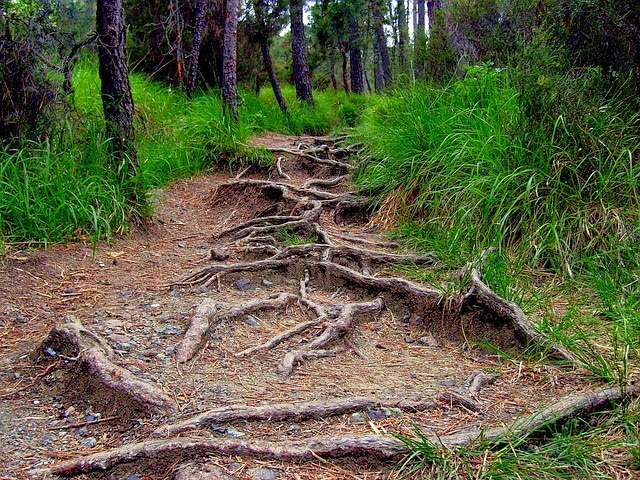 Alternative Roots do not make sense...unless...
As usual, discussing this subject often ends with a "come on, it is a non-sense" (in particular when you discuss this with a member of the actual Internet Governing body) or "many initiatives exist already, none works" or again: "users won't understand and they will see more costs first".

What exactly is an Alternative Root?
To make it simple, what we call an "alternative root" is the same as what ICANN does, unless it could be governed by someone else with different rules: it is the network on which ICANN works. If this network already makes Internet to function properly, thank to ICANN, a body such as the European Commission could build its own network (with servers hosted in every member state) and create its own naming system (instead of "www.brand.com", we could reasonably imagine that a Brand would want to use a simple "brand" as its name and get rid of what is not necessary around it: "www" for example). A classification created by the INTA could replace Top-Level Domains.
This Internet "version 2" would be Governed differently with its own rules (instead of ICANN's). Protection mechanisms and the equivalent of new gTLDs would be studied seriously, Singular VS Plurals of a TLD (its equivalent) would not be allowed... anyway: who wants .HOTEL and .HOTELS domain names?

Why does it make sense now?
Such opportunity does not only make sense because Angela Merkel says so (also read here), but because there are many more advantages to start again with a blank copy and learn from mistakes of the ICANN new gTLD program.

The ICANN new gTLD program
The ICANN new gTLD program is a good idea and took long to launch. Now it is launched, some mistakes will remain and cannot be modified anymore. The problem with many of these issues is that they will keep bothering end-users for long...and they cost a lot. The more new domain name extensions launch, the more the level of infringement increases and as a brand, I cannot afford to protect myself from infringement registering all domain names or blocking someone to register my name in a different extension. Who can afford to be protected anyway?

It is easy to criticize the ICANN new gTLD program but could these mistakes have been avoided?
The list is long and one will wonder if the actual situations would have been different if these questions below had been asked to end-users and new gTLD applicants:


To all of these questions, I believe the answer would have been a "NO", except for the last one.

The example of protecting wine Geographical Indications is a good one: shouldn't such issue have been solved prior to launching the ICANN new gTLD program and not after?

A new Internet root allows to start from scratch and learn from these errors
Of course launching a new European Root has a technical cost. There is one too for listening to end-users (and avoid service providers to "think it all" according to their interest). Building a new naming system requires to involve the INTA but end-users must be listened to first.
Copying the ICANN root and think that it will be enough to block a country from spying on another one is not true but if the security aspect of an Internet root is important, the real opportunity in Angela Merkel's suggestion is to give Brands and Website owners an alternative which is not based on...paying.

What would you choose?
If you had the choice between using a version of the Internet:


Does option two look like it is wonderland? Not necessarily if it required to log-in to a version 2 of the Internet prior to surfing: I personally see no problem with this.


How do you make this happen and what do you get in return?
Two versions of the Internet can cohabit: one on the old ICANN Root, the other on a new European Root. As a brand, I would want to exist on a controlled version of the Internet for many reasons:


Search Engines now control the Internet: wouldn't that be a problem for a second root?
Let's say they are two (three?) American one to control browsing on the Internet. I am confident that they would adapt to a new root, this is just a matter of an upgrade. Wouldn't they want to, I would download a browser promoted by a strong governing body if it were to develop one in exchange of guarantees that:

I am sure there are many Geeks in Europe able to develop such a browser for a strong governing body. A a brand and website owner, I would agree to change "for better" if this "Internet version 2" allowed anyone to visit my website and share electronic messages with me.
Posted by Jean Guillon at 2:40 PM