The new gTLD info of the day (Friday) 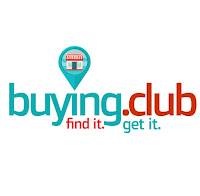 Tough times for Donuts
Since the application fee was $ 185,000 per TLD, they have invested around $ 34 million for those TLDs alone, and in addition, any auction fees, as several of these TLDs were applied for by other companies as well. The annual fee to ICANN for operating a TLD is $ 25,000, which means that they will pay over $ 4.5 million just to ICANN this year.
https://www.abepartners.se/tough-times-for-donuts/

Analysis of .CLUB and the New gTLDs
With the crossing over the 10 million mark for the total number of new gTLDs registered I thought that it would be worthwhile conducting an analysis of what is happening in this new market. As is typical of any new market, quite a number of new gTLDs are struggling but as registrations increase, time is on the side of those that have the cash to survive.
http://whizzbangsblog.com/index.php/article-archive/article-archive/entry/analysis-of-club-and-the-new-gtlds


How a creative agency switched from .Com to .Rocks
A New York web design agency took precautions when it decided to switch to a .rocks domain name.
http://domainnamewire.com/2015/12/04/how-a-creative-agency-switched-from-com-to-rocks/

Why .bank matters to you
Today, hackers and online fraudsters can clone bank websites and put them online with web addresses similar to an actual bank. From there, a fraudster could drive traffic to the fake website via spam emails, fraudulent advertisements, or by making the web address of the fake site similar to the name of the real bank.
http://www.fool.com/investing/general/2015/12/03/your-banks-website-is-about-to-change-and-thats-gr.aspx

Brand Registries and Gartner’s Technology Priorities for CIOs in 2016
Brand Registries aka dotBrands are new Internet entities. Over 500 brands are beginning to rollout, with more brand use case evidence every month. Most C-Levels have yet to fully comprehend what they are, what the digital implications are and how the Brand Registry will add value to improve the P&L.
http://authenticweb.com/brand-registries-and-gartners-technology-priorities-for-cios-in-2016/

Registries could wind-down unprofitable gTLDs
New gTLD portfolio registries may one day decide to wind down some of their gTLDs if they fail to reach profitability.
http://domainincite.com/19671-schilling-registries-could-wind-down-unprofitable-gtlds