The new gTLD info of the day (Wednesday) 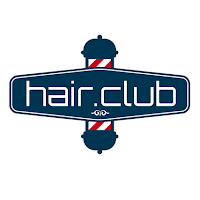 Wonder.land
wonder.land is at the same time a musical and a website build with a new Top Level Domain. The musical is described as ” inspired by Lewis Carroll’s iconic story, wonder.land is a coming-of-age adventure that explores the blurred boundaries between our online and offline lives.” It has been created by Damon Albarn, Moira Buffini and Rufus Norris, and is playing since summer 2015.
http://dotstories.com/wonder-dot-land/

The New gTLD Domain Name Disputes
Much of the attention on domain name disputes among the new generic top-level domain names (gTLDs) has focused on the new dispute policy that arrived with them — the Uniform Rapid Suspension System (URS). But, an increasing number of new gTLD registrations are being decided under the pre-existing (and well-entrenched) Uniform Domain Name Dispute Resolution Policy (UDRP).
http://www.gigalaw.com/2015/12/09/here-come-the-new-gtld-domain-name-disputes/

Decent .club domain names dropping soon
Again, here are some of the gems on the .CLUB SnapNames monthly auction. My team filtered out some decent names set to drop shortly. Any of these can be bid on by SnapNames. If they do not sell on SnapNames the names will be placed in the June 15th, 2016 tiered pricing premium name list set to be made available through the registrars.
https://www.namepros.com/threads/official-club-showcase-and-discussion-thread.825755/page-16#post-5172556

.MUSIC new gTLD: Imogen Heap Speaks For Herself
Pass the ad and listen to Imogen mention the coming .MUSIC new gTLD. It starts at 12:25 (Yes, I listened to the first 12 minutes)
"Imogen Heap chats with Jordan Crook about her MiMu gesture-control gloves, the single biggest problem facing musicians today, and what she’d like the future of the industry to look like."
http://techcrunch.com/video/imogen-heap-speaks-for-herself/519315651/
gTLDs: Baby, you can drive my .car
December 2015 will see the launch of three generic Top Level Domains (gTLDs), all focused on the automobile industry. However, the launch of .CAR, .CARS and .AUTO are unlikely to drive up domain name registration volumes due to the very high registration fees being charged by Cars Registry Limited, the joint venture that is the Registry operator for all three gTLDs.
http://www.lexology.com/library/detail.aspx?g=7da9abbe-3c4f-4b08-8bf2-c7ad67dc2b19

Verisign appeals XYZ court loss
Just days after .XYZ asked a court to force Verisign to pay its legal bills in a lawsuit; Verisign upped the ante by appealing the case.
http://domainnamewire.com/2015/12/09/verisign-appeals-xyz-court-loss/