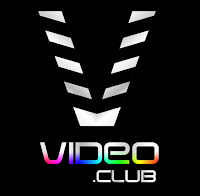 Most French know who Norman and Cyprien are. They are two funny persons doing funny videos on YouTube. They are a lot to do this on Internet actually, so in fact, this post is for anybody who has a big audience (page views) on YouTube.

If I personally like both of them, I need to select one of them for my example below so I'll use...Norman.

The .YOUTUBE new gTLD, from Google, was delegated in August 2014. At the moment, it is still not really in use and Google gives no info about its plans for its new domain name extensions. I found a "gaming.youtube" indexed in Google but it does not point to anything.

Question 18(a)
The question 18(a) of the ICANN new gTLD application is informative and sometimes gives an idea of the Registry's future plan to develop its domain name extension. Here is what the application says:
The proposed gTLD will introduce a dedicated Internet space in which select YouTube channel providers can link to the content hosted on their respective YouTube page.

Charleston Road Registry (Google) intends to apply for an exemption to ICANN’s Registry Operator Code of Conduct and operate the proposed gTLD with Google as the sole registrar and registrant.

This means that Google will own all domain names.


The .youtube gTLD will provide select registrants with the opportunity to differentiate their YouTube video offerings from other media distribution services by virtue of its branded gTLD.

It remains unclear how Google will select third parties to be allowed to use ".youtube" domains but ...

Google keeps repeating that it will be sole Registrant (sole owner of ".youtube" domain names) but then, why add things like: "Charleston Road Registry will attempt to prevent the misuse of WHOIS data for improper purposes such as spam, intellectual property theft or phishing." or "Google will follow ICANN rules for attributions of trademarked second-level domains and will offer other protections for trademark owners, including but not limited to an extended Trademark Claims Service of indefinite length"?

What does it mean for Norman and Cyprien?
If it is totally impossible to say when this happens, it is possible to give an idea of what it means for end users with audience.

Norman posts his videos on an ultra long and ugly URL. People visit https://www.youtube.com/user/NormanFaitDesVideos to watch his shows so...would Norman become a "selected content distributor", and would he own a Trademark (or not), he might be able to use a http://norman.youtube domain name. Nicer isn't it?
Posted by Jean Guillon at 7:53 PM