French companies have submitted 49 new gTLD applications to the ICANN: 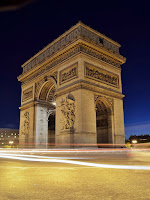 From that list, 34 are Trademarks but some have been withdrawn. Note that the .OVH new gTLD for example is a trademark too but its domain names can be purchased so it is not listed as a trademark.
Four extensions represent French regions: .CORSICA - .ALSACE - .AQUITAINE (the application was then withdrawn since the region changed its name after the ICANN submission process) and .BZH (for Brittany).
The .PARIS new gTLD is the only city extension from a list of 39 city new gTLD applications (note that .BCN and .BARCELONA city TLDs are counted as one city and not two).
There was just one IDN new gTLD submitted, the .欧莱雅 IDN but it was withdrawn (It means .LOREAL in Chinese). Note that the .LOREAL new gTLD was withdraw too and this came as a huge surprise from our industry.

Different meanings
If the volume of domain names registered - AND PAID - is very important for a registry who sells its domain names through the network of accredited registrars, its signification has a different meaning for a .BRAND new gTLD (specification 13 from the ICANN new gTLD program). For .BRANDs, it means that trademarks have inserted the "new gTLD tool" into their branding, and maybe, long term marketing strategy: the .BNPPARIBAS new gTLD is a good example of this.

Blue or red?
Some registries have been successful installing their domain names:

Check the full report here (the report is now available in French too).
Posted by Jean Guillon at 1:59 PM