One thing is for sure is that it takes time to adopt new gTLDs and the Real Estate industry clearly demonstrates that: the .CASA Top-Level Domain is a good example to look at (see below). As a reminder for a better understanding of these reports:

This is what I noticed in regard to 12 month of domain name registrations for extensions which string is a Real Estate keyword:
UPDATE on .HOMES new gTLD

The Registry for .HOMES domain names was kind enough to answer our questions on the success of his extension and here is what he said:

"Until 14 Jan 2019, .Homes was a restricted TLD. On that date we removed all restrictions so that anyone could purchase .Homes domain names. As a result of that change, DUMs have increased from 800 at the end 2018 to 12,339 at the end of 2019; an increase of more than 15 times. A large percentage of registered names are geographic places - i.e., cities, towns, states, provinces, neighborhoods, and postal codes - as well as geo names with an additional key word (e.g. BuySeattle.Homes, MyDubai.Homes, The303.Homes). We are seeing agents buy their names and companies in the real estate industry purchasing company names - ranging from brokerages to home builders to mortgage providers to agent teams. For more background on name categories, see https://get.homes/domains/homes-domains-categorized/. Because the names are now open to everyone, we're seeing domain investors getting involved as well".

Something very exciting just happened with the .ZUERICH new gTLD and its 3 ever created domain names. Four Additional Periods were just add... 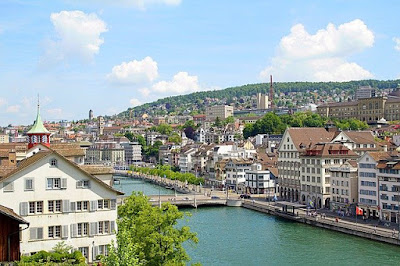