Joe le .TAXI (I spoke to a taxi driver)

Last week I took a Cab on my way back from the Montparnasse Station in Paris. My wife had ordered a Taxi and it was waiting for us at the Taxi station. We had ordered it because we arrived late in Paris that night.

Surprisingly, the Cab was a black Limousine with no Taxi sign on its top and the driver, who wore a costume, was gentle and polite. If you ever took a Taxi in Paris, you probably know why I am adding this to this paragraph. 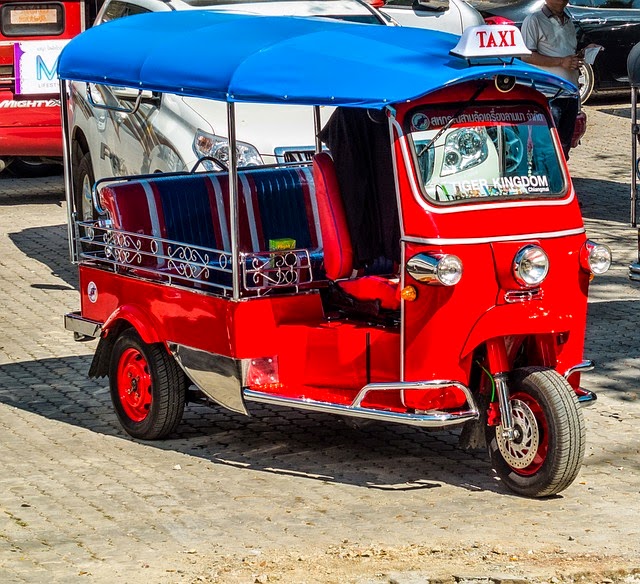 Discussing with a Taxi driver
We had ordered the Taxi through the SNCF (the official European distribution channel of the French railways) and I was interested in learning why my Taxi had no sign on top so the driver explained to me that the platforms he registered with had deals with the SNCF to provide a quality service. He also said that he felt unsecure to park next to other cabs because Taxis "with a sign" have to pay for a $150 000 licence to have the right to work. Taxi licences are limited in Paris and, as an independant driver, he had decided to work differently. I also learnt that the "taxi" sign cannot be protected.

What about .TAXI domain names?
The driver told me his business was good: he drove a nice Limousine, worked a lot, and upgraded the Status of his company to be able to earn more (which is a good sign). He told me ha planned to build his own project and I understood his idea was to create his own taxi platform so I came to asking him if a owning a website was of any interest for a Taxi driver.

To this question he said that, as an independent driver offering a quality service, he was considering this seriously but admitted that he had no clue about where to start so I gave him a few tips and focussed on the number one advantage there is to use a new domain name: a clear identity and precision. He had an idea about what a domain name is but never heard about the .TAXI new gTLD.

Are Taxis concerned?
As a Taxi - with a project in mind - I believe a driver should be concerned by .TAXI new domain names but prior to launching a website there are a few things to know:

What would I do?
I am no taxi driver and renting a Limousine is a different service to me (as a client) so I guess I would definitely go for a .TAXI domain name instead of a .CAB. As an independent taxi driver, I would secure both domains: a .CAB domain name is $30 for one year and a .TAXI should probably cost the same when it has launched.
As soon as the .TAXI domain is registered and the website live, I would secure the .CAB domain name and direct it to the .TAXI website. If I rent Limousines, I would register a .TAXI domain name too and point it to my .LIMO website.
Posted by Jean Guillon at 2:21 PM