The new gTLD info of Thursday 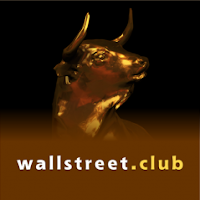 but local nonprofits will get discount on addresses
Nearly four years ago, The ­Boston Globe tried to get in on an Internet land rush when the number of domains — the .com, .org, or .edu in online addresses — were expanded. Now, the Globe’s parent company has decided to stick to more familiar territory.
http://www.betaboston.com/news/2016/01/20/globe-sells-boston-domain-but-local-nonprofits-will-get-discount-on-addresses/

Example of .FILM domain name
Hector McAdam is embarking on his annual journey from Scotland to a London shelter, where Christmas cheer and a turkey dinner await him...
http://hector.film/

Reviewing New gTLD Program Safeguards Against DNS Abuse
ICANN is currently engaged in data collection on DNS abuse and mitigation efforts implemented as part of the New gTLD Program. Members of the community and general public are invited to join ICANN on 28 January 2016 in an open discussion on the topic.
https://www.icann.org/news/announcement-2016-01-20-en