Did Brands use new domains for Super Bowl 50? 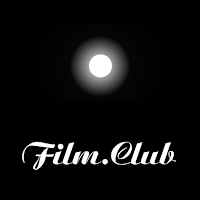 Yesterday, I took the time to have a look at most advertisements and Super Bowl teasers on YouTube. I watch many of them and I found no Brand using a new domain name; even Budweiser, which registered its ".beer" domain name redirects it to its ".com".


I also found very sad to see brands such as TOYOTA, MINI, AUDI and HYUNDAI "talking .com" in their ads. These four prestigious Trademarks have applied for their new gTLD and could have use it:
The Acura Trademark, which did not apply for its dotBrand, could have shown innovation with a ".car" or a ".auto" but I believe it is too early.

Hyundai (...) even showed a very long domain name: hyundaibluelink.com. Not only it is very long and redirects to an even longer URL but it could have used a hyundai.blue or a hyundai.link !

Super Bowl 50 won't have helped much launching new gTLDs from the first Round of the ICANN new gTLD program. It appears that it will take more rounds for this and I am confident that persons in charge of selling beer and cars will have learnt more by that time. But did I miss something here?

Let's be fair play with Donuts: there was a new domain name used for a 60 seconds spot commercial. Lionsgate unveiled its Super Bowl TV spot for Gods of Egypt but that was a bit earlier, before the show to begin.

Lionsgate is a good example, I suggest to have a look at its library of movies: many have their official website and Gods of Egypt is not the only movie to have its "film" domain name.