This is a recent letter sent to the ICANN from the The Independent Compliance Working Party and focusing on DNS abuse. It is signed by Adobe Systems Inc. - DomainTools eBay Inc. - Facebook, Inc. - Microsoft Corporation and Time Warner Inc.

Useless?
I particularly focused on this line saying: "The number of abused phishing domains in legacy gTLDs is mainly driven by the .com gTLD". After more than 30 years facing phishing, spam and malwares...I really wonder "who" can still do anything about this.

I sometimes write to Registrars, Registries and the ICANN about domain name owners doing phishing and I admit that I never - NEVER - had anyone of them to act (ie: check the domain name and change its status to one that blocks the domain from harming consumers). Reading this letter, I see Trademarks seriously harmed by phishers and on the other side, I see organizations who won't act because a client is a client: phishers pay for their domain names. In France we have a saying: "pas vu pas pris".

The letter:
The undersigned global businesses and their customers depend upon the continuing security, stability and resiliency of the Internet, and thus have significant interests in domain name industry issues and outcomes. We are amongst the leaders in working to protect the interests of customers and those of the broader Internet from domain name system (DNS) abuse, in various ways. As long standing participants in ICANN- and industry-related conversations and policymaking, we are contacting you with our concerns about serious harm occurring to Internet users, and a request for action that we believe would serve the interests of the broader community.

Under your direction, ICANN’s Compliance team has broadened the various forms of feedback it seeks from the broader community. This is much appreciated. Accordingly, we write with concerns that you and your department are in a position to help resolve.

We commend ICANN for orienting its policymaking function towards a more data- and fact-based approach. This orientation of course depends on the availability of data and reports that provide an accurate view of the DNS and the impact of DNS abuse on stakeholders. While there is more data that needs to be collected and analyzed, it’s gratifying to see that ICANN Org is now in a better position to use and publish more widely available and reliable data to better evaluate DNS harm to users and more effectively exercise its responsibilities to help remedy ongoing harms.

Specifically, ICANN and the community now have at their disposal published data--namely, the Statistical Analysis of DNS Abuse in gTLDs (SADAG) report and the ongoing Domain Abuse Activity Reporting (DAAR) System regarding rates of abuse in the DNS. These rates are regrettably showing stark increases and serious concentrations of abuse across legacy and new gTLDs, registries and registrars, and in the proliferation of spam, malware, phishing and other harms. For example, according to the Domain Abuse Activity Reporting (DAAR) System report: 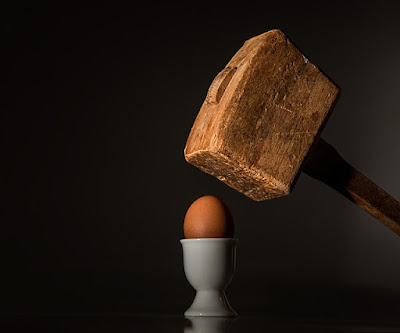 Additionally, according to the SADAG report:
You’ll agree these are troublesome statistics, and are antithetical to a secure and stable DNS administered by ICANN. We are alarmed at the levels of DNS abuse among a few contracted parties, and would appreciate further information about how ICANN Compliance is using available data to proactively address the abusive activity amongst this subset of contracted parties in order to improve the situation before it further deteriorates. Also, can ICANN provide any details as to whether the higher rates of abuse (as documented above by parties that appear not to be the subject of enforcement notices) correlates to specific breaches of the RA and RAA by the relevant contracted parties? Are there specific hurdles that Compliance perceives that inhibit enforcement activity against such contracted parties? Has ICANN prioritized its attention to compliance matters relating to such parties and does it have sufficient resources to handle them before they reach a new stage of criticality?

Not only do we look forward to hearing the details of ICANN Org’s comprehensive actions in this area, we seek, as an immediate and urgent matter, compliance action on the worst offenders in current ICANN reports.

We also would like to know additional ways in which the undersigned parties could support ICANN in this broad endeavor. If helpful to develop steps forward, we welcome an in-person meeting with you, other relevant ICANN Org executives, and your staff.

Over the long term, we suggest development of a data-driven roadmap for compliance based on key information and statistics. We encourage Compliance to consult with the wider community to help shape this data-driven roadmap, and we look forward to offering our further input. Thank you for your attention to this letter.

Read the full letter here. (PDF Download)
Posted by Jean Guillon at 11:34 AM