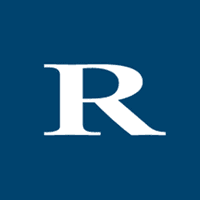 Richemont DNS Inc. received its Preliminary Determination by ICANN to Not Transition Operation of the gTLD. This document is dated 16 March 2020. On 17 February 2020, Richemont DNS Inc. notified the ICANN organization of its intent to terminate two new gTLDs:
I did not even know that .JEWELRY existed as a Chinese IDN new gTLD and if I had, I would have added it to the Luxury new gTLD Report which has been in place for two years.
Posted by Jovenet Consulting at 9:04 AM